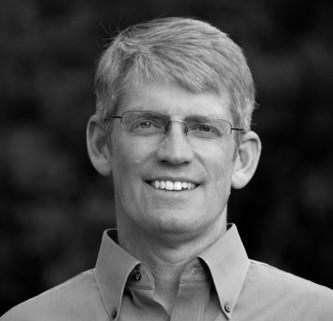 A Professor of Interdisciplinary Humanities at Brigham Young University, George B. Handley's creative writing, literary criticism, and civic engagement focus on the intersection between religion, literature, and the environment.

George B. Handley is the author of books: Home Waters: A Year of Recompenses on the Provo River, Learning to Like Life: A Tribute to Lowell Bennion, American Fork, If Truth Were a Child: Essays, Stewardship and the Creation: LDS Perspectives on the Environment, Postslavery Literatures in the Americas: Family Portraits in Black and White, The Hope of Nature: Our Care for God's Creation, New World Poetics: Nature and the Adamic Imagination of Whitman, Neruda, and Walcott, Caribbean Literature and the Environment: Between Nature and Culture, Postcolonial Ecologies: Literatures of the Environment

Handley’s meditations on the local Provo River watershed present the argument that a sense of place requires more than a strong sense of history and belonging, it requires awareness and commitment. Handley traces a history of settlement along the Provo that has profoundly transformed the landscape and yet neglected its Native American and environmental legacies. As a descendent of one of the first pioneers to irrigate the area, and as a witness to the loss of orchards, open space, and an eroded environmental ethic, Handley weaves his own personal and family history into the landscape to argue for sustainable belonging. In avoiding the exclusionist and environmentally harmful attitudes that come with the territorial claims to a homeland, the flyfishing term, “home waters,” is offered as an alternative, a kind of belonging that is informed by deference to others, to the mysteries of deep time, and to a fragile dependence on water. While it has sometimes been mistakenly assumed that the Mormon faith is inimical to good environmental stewardship, Handley explores the faith’s openness to science, its recognition of the holiness of the creation, and its call for an ethical engagement with nature. A metaphysical approach to the physical world is offered as an antidote to the suicidal impulses of modern society and our persistent ambivalence about the facts of our biology and earthly condition. Home Waters contributes a perspective from within the Mormon religious experience to the tradition of such Western writers as Wallace Stegner, Terry Tempest Williams, Steven Trimble, and Amy Irvine.

Winner of the Mormon Letters Award for Memoir.
02

Learning to Like Life: A Tribute to Lowell Bennion
03

American Fork
Zacharias Harker is a brilliant botanist and an aging recluse. Haunted by his mistakes and living without his wife and daughter for the past twenty years, he hatches the idea to write his magnum opus, a book on the implications of climate change for humanity focused on the wildflowers of Utah's Wasatch Mountains. Just prior to the tragedy of 9/11, he hires a young artist, Alba, to paint flowers for the book. Over the course of their unlikely friendship, Harker convinces Alba to return to Chile to learn the story, long hidden from her by her mother, of her father's disappearance under Pinochet. Alba's discovery of her family history and her experience listening to the stories of Chileans who have resisted a government ruled by fear inspire her return to Utah with renewed purpose. As America grows more distrusting of immigration and diversity, Alba commits her art to the protection of the environment and to a more inclusive meaning of family and belonging while she and her husband, John, strive to learn Harker's hidden past and include him in their lives before it is too late. Rooted in the Mormon heritage of Utah but hemispheric in its reach, American Fork is a story of restoration and healing in the wake of loss and betrayal.
04

If Truth Were a Child: Essays
We live in an age of polemics. Choices are presented as mutually exclusive and we are given little time to listen. You are either secular or religious. You either believe in the exclusive truth of your own religion or you believe truth is everywhere or impossible to discover. The battle over truth rages on. But what if truth were a child? With how much more care and humility would we speak and act if truth was not the result of some war of wills, but a flesh-and-bone living child, a living soul? Humanities scholar and Latter-day Saint George B. Handley charitably invites us to put away the false traditions of the fathers while seeking to lay hold of every good thing wherever it may be found in the world, thereby increasing our faith in the gospel of Jesus Christ.
05

Stewardship and the Creation: LDS Perspectives on the Environment
06

Postslavery Literatures in the Americas: Family Portraits in Black and White
Since its demise in the nineteenth century, slavery has given rise to an outpouring of literatures that reflect the diversity of its hemispheric legacy, but the discipline of literary studies has been reluctant to admit commonalities among former slave societies in the New World. Examining major novels from the 1880s to the 1970s, George B. Handley shows how fiction from different nations shares what he calls textual simultaneity in revealing parallel narrative anxieties about genealogy, narrative authority, and racial difference.

In comparing these novels, Handley demonstrates the ways in which, ironically, U.S. culture tried to shed its own miscegenated Caribbean image of itself during the time of its greatest expansion into the Caribbean. He argues that imperialism was a means by which the United States could pretend to its own whiteness and civilization by creating a new extranational miscegenation. At the same time, the United States' encroachment in the Caribbean created an environment in which the islands' cultures called upon divergent discourses on the legacies of slavery to retain a sense of autonomy.

The Hope of Nature: Our Care for God's Creation
In the face of possible environmental catastrophe, George B. Handley believes the restored gospel of Jesus Christ offers hope—not by promising believers an escape from the responsibilities of our stewardship over God’s creation, but by urging us to confront the global reality of our situation with faith, diligence, and courage. This collection of nine essays brings together over seventeen years of scholarship and writing by the leading voice on the relationship between the Latter-day Saint faith and the environment.
08

New World Poetics: Nature and the Adamic Imagination of Whitman, Neruda, and Walcott
A simultaneously ecocritical and comparative study, New World Poetics plumbs the earthly depth and social breadth of the poetry of Walt Whitman, Pablo Neruda, and Derek Walcott, three of the Americas' most ambitious and epic-minded poets. In Whitman's call for a poetry of New World possibility, Neruda's invocation of an "American love," and Walcott's investment in the poetic ironies of an American epic, the adamic imagination of their poetry does not reinvent the mythical Garden that stands before history's beginnings but instead taps the foundational powers of language before a natural world deeply imbued with the traces of human time. Theirs is a postlapsarian Adam seeking a renewed sense of place in a biocentric and cross-cultural New World through language and nature's capacity for regeneration in the wake of human violence and suffering.The book introduces the environmental history of the Americas and its relationship to the foundation of American and Latin American studies, explores its relevance to each poet's ambition to recuperate the New World's lost histories, and provides a transnational poetics of understanding literary influence and textual simultaneity in the Americas. The study provides much needed in-depth ecocritical readings of the major poems of the three poets, insisting on the need for thoughtful regard for the challenge to human imagination and culture posed by nature's regenerative powers; nuanced appreciation for the difficulty of balancing the demands of social justice within the context of deep time; and the symptomatic dangers as well as healing potential of human self-consciousness in light of global environmental degradation.
09

Caribbean Literature and the Environment: Between Nature and Culture
Perhaps there is no other region in the world that has been more radically altered in terms of human and botanic migration, transplantation, and settlement than the Caribbean. Theorists such as Edouard Glissant argue that the dialectic between Caribbean "nature" and "culture," engendered by this unique and troubled history, has not heretofore been brought into productive relation. Caribbean Literature and the Environment redresses this omission by gathering together eighteen essays that consider the relationship between human and natural history. The result is the first volume to examine the literatures of the Caribbean from an ecocritical perspective in all language areas of the region.

In its exploration of the relationship between nature and culture, this collection focuses on four overlapping themes: how Caribbean texts inscribe the environmental impact of colonial and plantation economies; how colonial myths of edenic and natural origins are revisioned; what the connections are between histories of biotic and cultural creolization; and how a Caribbean aesthetics might usefully articulate a means to preserve sustainability in the context of tourism and globalization. By creating a dialogue between the growing field of ecological literary studies, which has primarily been concerned with white settler narratives, and Caribbean cultural production, especially the region's negotiation of complex racial and ethnic legacies, these essays explore the ways in which the history of transplantation and settlement has provided unique challenges and opportunities for establishing a sense of place and an environmental ethic in the Caribbean.

Postcolonial Ecologies: Literatures of the Environment
The first edited collection to bring ecocritical studies into a necessary dialogue with postcolonial literature, this volume offers rich and suggestive ways to explore the relationship between humans and nature around the globe, drawing from texts from Africa and the Caribbean, as well as the Pacific Islands and South Asia. Turning to contemporary works by both well- and little-known postcolonial writers, the diverse contributions highlight the literary imagination as crucial to representing what Eduoard Glissant calls the "aesthetics of the earth." The essays are organized around a group of thematic concerns that engage culture and cultivation, arboriculture and deforestation, the lives of animals, and the relationship between the military and the tourist industry. With chapters that address works by J. M. Coetzee, Kiran Desai, Derek Walcott, Alejo Carpentier, Zakes Mda, and many others, Postcolonial Ecologies makes a remarkable contribution to rethinking the role of the humanities in addressing global environmental issues.